Golf Canada put out is annual changes to how it plans to govern in 2016 – 2017. If you have not read the details, let me save you some time.

Okay, that was a little harsh, but like many other amateurs, Golf Canada’s decision in November of 2015 not to follow the USGA’s crazy idea of disallowing solo rounds for a handicap was applauded by the Canadian golfing masses! So what changed?

Actually, no one is really sure. Mike at 36aday provides a great article and is a definite read! His 5 points does sum up many thoughts of players looking to keep a handicap.

If you are wondering how the changes to the Golf Canada Handicap System was announced, here you go:

First there was a Twitter announcement (or a least that is where I first say it):

Golf Canada has revised our position on changes to 2016 Handicap System, inc. the provision on unaccompanied rounds: https://t.co/JBU7ji5jY4

Which in turn led to another link to the actual changes, click here.

Then the voice of reason started talking and the question about why the sudden change kept rattling around in my head!

Golf Canada said: “These changes are part of a bigger picture to unify the Handicap rules, and support the possible formation of a World Handicap System, which we wholeheartedly endorse.”

This initiative is the final piece in a long-term push for unified golf governance around the world. In the last decade or so, the USGA and its governing partner, the R&A (which oversees the game everywhere but in the U.S. and Mexico) have pretty much consolidated the game in three other areas: the playing rules of golf, equipment regulations and most recently the code of amateur status.

“The handicap system is effectively a fourth set of rules,” said John Bodenhamer, the USGA’s point man for the initiative. Not all golfers keep a handicap, of course, but for those who do the score-posting requirements enforce a rules-like discipline. Yet those rules deviate from country to country. “We feel it would benefit the game enormously, and add to its enjoyment, if golfers everywhere had a single, portable handicap number that worked the same wherever they traveled,” Bodenhamer said.

Apparently there is a bigger issue at hand, who knew! I am still not convinced that not allowing solo rounds will improve the system, but that is Golf Canada’s line in the sand for 2016-2017.

On a side note, Golf Canada indicated that the attester’s full name is not require. I am not really clear what that means. If the person who attests my round does not need to be a member of Golf Canada, the what is really the point?

Therefore, I will concede that Golf Canada is looking to evolve golf; whether this decision is for the better remains to be seen. I would suggest, however, that their communication plan might be something they need to work on to help lessen the lash back and confusion from irate amateur golfers!

I know I will remain a member of Golf Canada for the time being, but if the value of being a member diminishes, I may reconsider this decision in the near future. 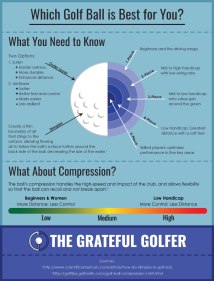