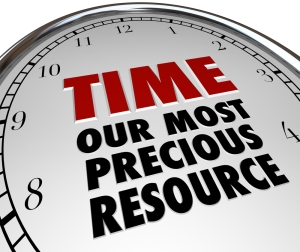 Slow Play in Golf, Is it a Problem?

Henrik Stenson is not happy about being “put on the clock” on the 15th hole at the Arnold Palmer Invitational last weekend. He attributes to this poor play down the stretch to the ruling that his group (the last group) was out of position. This is not a usual ruling, but it generally is not enforced on the last group with the tournament on the line.

I did not watch the tournament, but Pete at White Dragon Golf has a good wrap up on Stenson’s views worth reading. We could discuss the merits of the call, but I have always viewed a rules official as someone who levels the playing field, but should not determine the outcome of any match. I am not sure this is the case at the Arnold Palmer Invitational and will sit on the fence as to whether it was the correct call or not.

What does being put on the clock actually mean? This information below is from golf.about.com. They have covered the topic pretty well. I have only cut part of the article out, so there is more about fines if you want to read on.

PGA Tour slow play rules and penalties are based on what the tour calls “bad times.” Let’s say Group X has fallen off the pace and is out of position (meaning, too much space – usually a full hole – has opened between this group and the group ahead of it).

A rules official or Tour official will notify all players in the group that the group is being put “on the clock.” Once a group is on the clock, PGA Tour officials begin timing each player. Once that timing of a group begins, each player has 40 seconds to play each stroke, except in the following cases when he has 60 seconds:

Slow play is a problem in golf! We have discussed this topic (natural flow, May I Play Through)  several times and this weekend, Rule 6-7 Undue Delay / Slow Play might have cost a professional golfer about $500,000! Yes, about a half of a million dollars! Quite a bit of cash for just a few seconds here and there.

Depending on your perspective, the ruling this weekend at the Arnold Palmer Invitational might seem excessive. However, from a player who has endured 6.5 hour rounds in tournaments, slow play is a problem in golf. Unfortunately for Henrik Stenson, according to his perspective (and a person’s perspective is a person’s reality) being “put on the clock” was uncalled for and eventually cost him the chance to win.

10 thoughts on “Put on the Clock in Golf”

Join 4,580 other followers
Follow The Grateful Golfer on WordPress.com